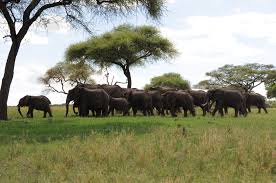 This package is suitable for Clients who have a budgeting Safari or have a less number of days visiting Tanzania destination. We can add one night […]

This package is suitable for Clients who have a budgeting Safari or have a less number of days visiting Tanzania destination.
We can add one night before the safari or after the Safari on request, and we can arrange the best Accommodation facilities in Arusha Town with the best reasonable price.
Here we can Combine 2 National Parks more likely Ngorongoro Conservation Area plus Tarangire National Park or Lake Manyara National Park.

Clients will be picked up from Kilimanjaro International Airport or Namanga Border. Meet and Assist from Our staff that will answer all your queries regarding your upcoming safari and provide you with a short briefing as well.

Breakfast at 0700hrs, Depart at 0730hrs with their packed picnic lunch boxes and start to drive to Tarangire National park. Its 120km from Arusha town, maximum of 2 hours of normal drive to reach the gate of the park. Tarangire National Park is one of the largest national parks in Tanzania famous as the Home of large herds of elephants and the fascinating baobab trees also called the Tree of Life for its almost mythical powers that some cultures attach to it. The word “Tarangire” comes from two words of local people language, TARA - Means River and NCIRI - means Warthog, so the true concept of the name Tarangire means the "River of Warthogs”. Tarangire River is the only permanent source of water for during dry seasons which makes the best time to visit the place because a lot of wild animals do gathered around the river seeking for their water. Picnic lunch boxes in the midday at Matete picnic site. After lunch break proceed with late afternoon game drive. Later in the evening around I700hrs, you will exit from the park and drive to Karatu Area for your Dinner and overnight stay. Meals Plan: Full Board Accommodation: Mid-Range: Kudu Lodge & Camp / Eileen's Tree Inn.

Breakfast at 0630hrs, Depart at 0700hrs with packed picnic lunch boxes and drive to Ngorongoro Crater. After gate formalities, straight descend down to the crater floor for 5-6 hours game drive tour. Picnic lunch boxes in Midday at Hippo pool - Ngoitoktok swamp. Ngorongoro Conservation Area is named one of the natural wonders of Africa and World “heritage site” due to the amusing of the crater its self. The crater floor is covered with wealth of wild animals, including wildebeest, zebra, gazelles, elands, and a large predator population of lions, hyena and jackal which can all be viewed at close quarters. A part from that Ngorongoro crater is well known as a multiple land use, because it’s only in Ngorongoro where you can see the Wildlife, People Settlements here we refer to Nomadic Masaai with their live stocking roaming around. Later around 1400hrs start to ascend from the crater and proceed back to Arusha town. Arrive around I700hrs in Arusha, Quickly refreshment and transferred to the Airport flight or Namanga Border (Time to be advised). END OF OUR SERVICE

The services of our knowledgeable English speaking driver/guide
Full board accommodation in self-contained-tents/camps /Lodges+ Meals on Safari (B.L.D)
Picnic-lunches as indicated
All the Park entrance/ conservation fees
Transport in a safari Landcrus  -Toyota 4×4 wheel-drive with a pop-up-roof for wildlife viewing and photography in Kenya and a land cruiser at Tanzania
guaranteed window/and comfortable seats
4 nights/ 5 days Accommodation
Game viewing-drives as per safari program
bottled mineral water throughout the safari
Return transfer to your place of staying
Emergency flying doctors evacuation cover up to a radius of 1000-km ex-Arusha
All applicable taxes & government tolls

Soft drinks, juices, alcoholic and other beverages taken with lunch/dinner
Tip to driver/guide

There are no reviews yet.

Be the first to review “2 DAYS – SAFARI OF TOGHERNESS WITH BUDGET AND LEISURE.” Cancel reply